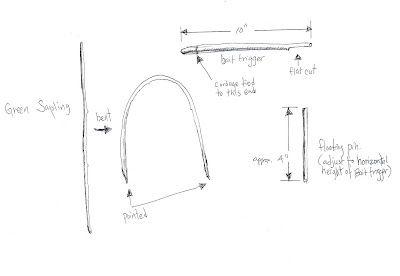 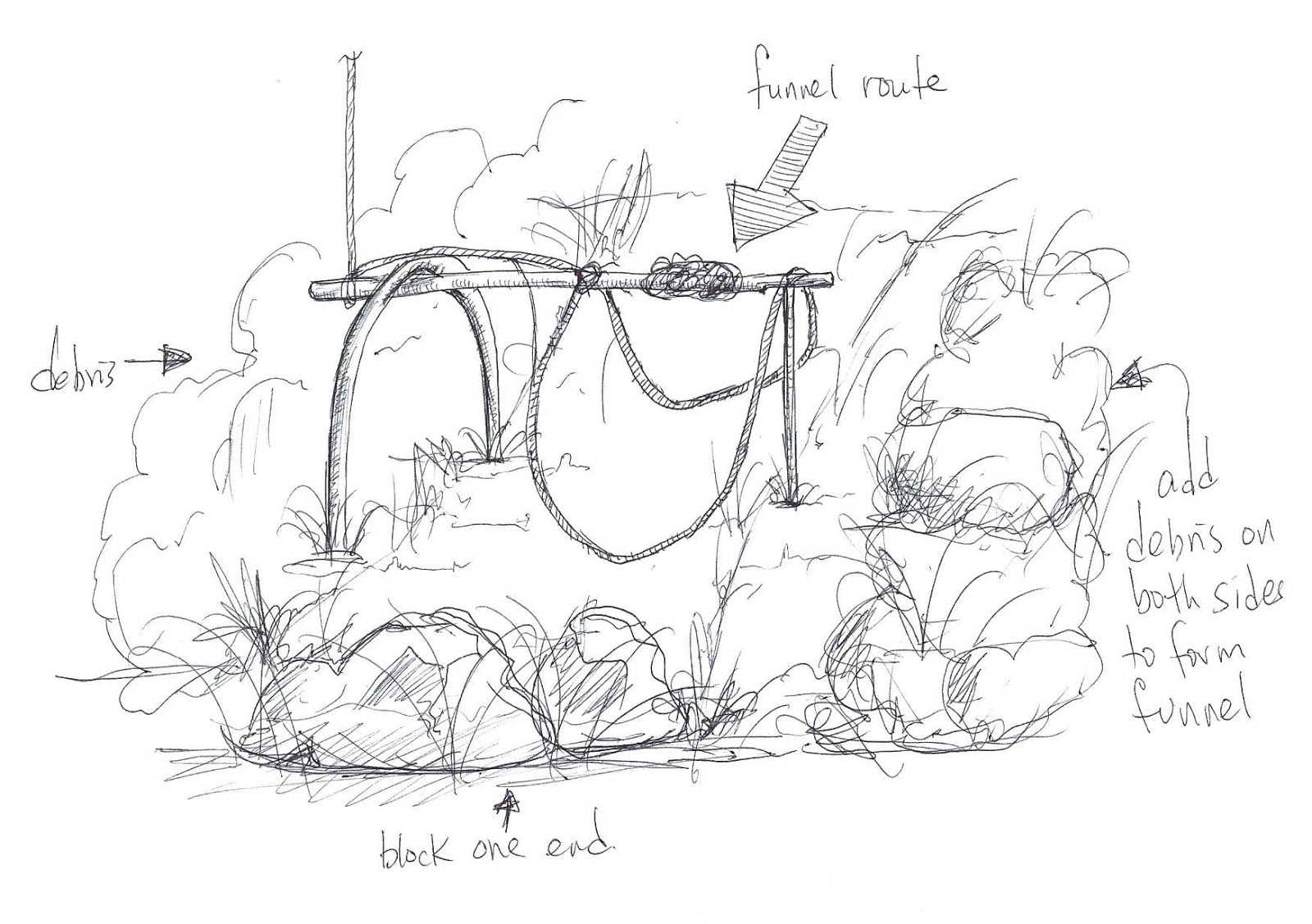 This snare has only one entry point. The back side needs to be blocked so that game will not come in through this point. The sides of the game path should be built up as to funnel the game into the noose of the trap.

The baited trigger pin is positioned across the game trail, as shown in the diagram. The end opposite of where the cordage is tied has a flat spot cut on the under side of the trigger. This is where the floating pin sits against for stability.

The bait is secured in the center of the bait stick. The bait should be hard for the animal to remove in order for enough pressure to be applied to spring the trap.

Several of these traps should be installed for a better chance of getting your game. The size of the components of this trap can be adjusted to the size of game your are intending to catch.

This is just one example of the many styles of the twitch-up series of traps. What is meant by twitch-up is that the end of the snare cordage is tied to a bent sapling or dead fall creating tension on the trigger pin.

When the trap is sprung, the animal is jerked upwards by the sapling or dead fall (also called the Engine) causing the noose loop to tighten around the animal not allowing it to escape and many times killing the animal.

Your traps should be checked daily to harvest any game that may be awaiting.