How To Build A Survival Wiki-up Shelter.


What you are going to use this type shelter for will determine where you want to build it. What I mean by this is if you are in survival mode and want to be rescued, then build in an area that can be seen from the sky and ground. If you are doing an escape and evasion type scenario, then build it in an area that conceals and blends with the terrain. Below is a distant photo of the wiki-up showing how well it can blend in with the surroundings.

When choosing locations, make sure you do not build it in dried up river beds or areas that appeared to have been flooded and above water line. A good place would be on the side of a hill opposite the direction of the wind. This helps keep the shelter warmer at night since cold air hugs the ground.

Next, stand the frame up and separate the legs into 4 equal quadrants. Support the 4 legs with large stones so that the frame will remain standing. If it is windy, tie each leg to a large stone to keep it from blowing over.

Use the remaining long saplings and place them around the side equally from top to bottom to form the remaining for legs. There should be 8 legs when this part is done.

Next, take the smaller saplings and make two tiers of horizontal braces going all the way around the legs. Use the cordage to tie off each intersecting sapling.

Next, gather dense foliage, like creosote, desert willow, grasses, to use for covering the exterior. Start from the bottom and work your way to the top. This creates a layer effect. Hang the foliage over the horizontal rails with the direction of growth facing down. By placing the foliage in this manner gives you a natural hook to use to hold the foliage on the rails.

The more foliage you add to the frame the warmer and more wind proof the shelter will be. If you plan to have a small fire inside the wiki-up, leave a small opening at the top of the roof to let the smoke vent out.

You can make a door frame to place in front of the opening or you use a large bush that will cover the entrance. Gather grasses to use as bedding if you do not have a bed roll.

Be careful when using fire inside this type of shelter it could catch fire very easy. The more people you have the bigger this shelter needs to be. This not a very hard shelter to build, it is just time consuming. 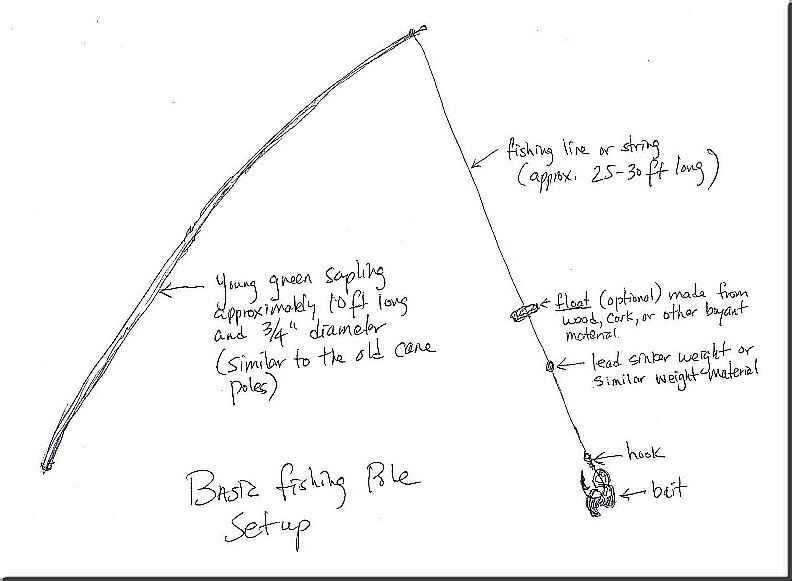 I wanted to try out the small fishing kit that comes in the mini survival kits- the ones that come in the small tin cans or the handle of survival knives. Instead of taking apart a good survival kit that I can use for emergencies later, I purchased the same sized items to try out my testing.

Luckily, I was vacationing in Kentucky at my brother and uncle's properties where there were small ponds on both places. I had plenty of resources and bait to use. I was able to cut a pole and dig some worms.

The first pond at my brothers place was taking too long for results, so I changed locations. Sometimes in a survival situation you will have to do this. There were a lot of frogs in this pond that could have been caught as a meal.

The second location proved to be better. Not more than 5 minutes after throwing the line in the water, I got a bite. It was so fast that I was not able to film it. I didn't want to take a chance of losing the fish while I was attempting to to setup the camera. Maybe I should have set the camera first and then went fishing.

I only caught a small blue gill, but it was edible. I ate it fried in beer batter and corn on the cob.

I'm a little more confident now that I know the small fish kit works. Just need to have patience. I wont mention the fish that got away. [Wink!]

Water From The Wild Grape Vine 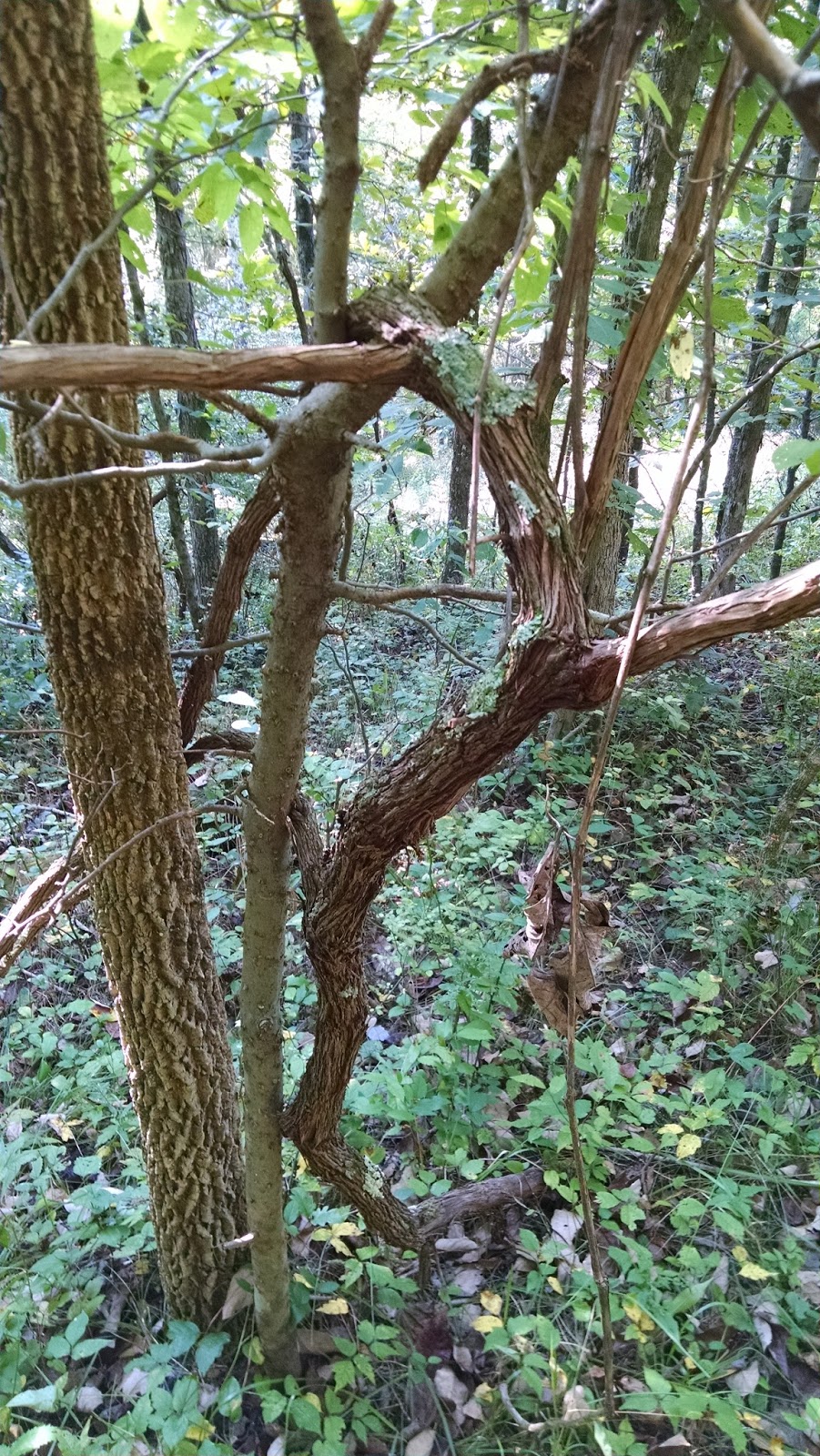 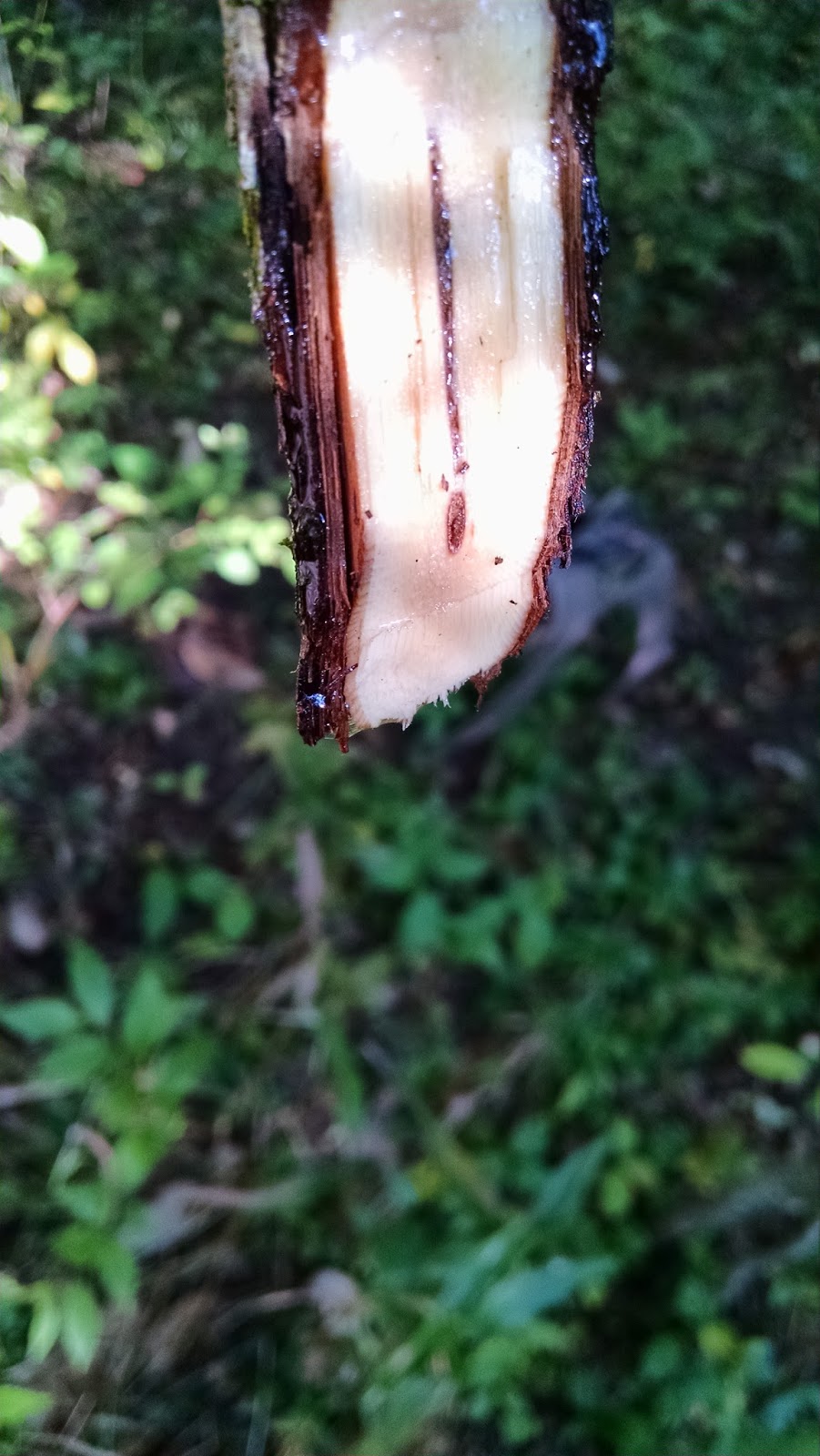 The wild grape vine makes a great and easy source for obtaining fresh drinking water. The water is already purified by the plant itself. Spring is the best time to get the most fluid from the vine. Many vines can be set up at one time to harvest the water from them.

Not only does the vine provide water, the rest of the plant provides food and medicine. The fruit, when ripe are edible. The younger leaves can be blanched in hot water until soft and eaten in a salad, or you can use them to wrap other food sources like spring rolls. 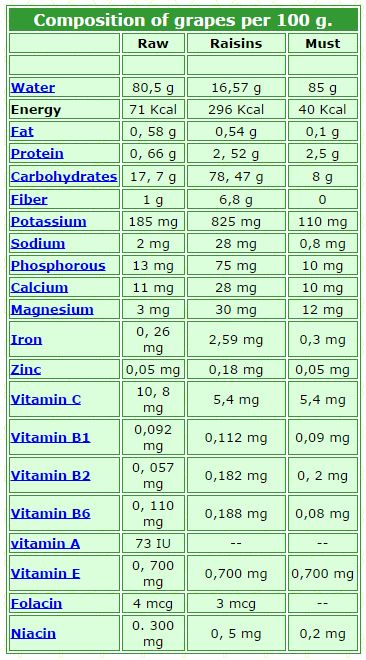 Various parts of the plant can also be used for medicinal uses as listed below.

The vine and its parts contain:

The grapevine leaves are useful in the circulation of blood in the Circulatory system. The leaves posses hemostatic venotonic and antiplatelet properties which helps prevent thrombi formation. Thrombi is associated with strokes. The properties within the leaves also aid in treating Varicose veins, Hemorrhoids and Vaginal bleeding, Endometriosis, poor circulation on the feet and legs, poor cerebral circulation, eye diseases, ocular degeneration, digestive system, intestinal bleeding.
This plant helps eliminate fluids and helps purify the blood.

Help stop nose bleeds: crush dried leaves into a powder and sniff a small amount like snuff.
In March, just before the leaves grow, the water in the vine can be used as an eye drop solution.

Here is a Southwestern Desert version of the Wild Grape from Wikipedia.com:


Vitis girdiana is as species of wild grape known as the desert wild grape and valley grape. It is native to the southwestern United States and Baja California in Mexico.
This species is a woody vine with a coating of woolly hairs, especially on new growth. The woolly leaves are heart-shaped to kidney-shaped with serrated edges and sometimes shallowly lobed. The inflorescence is a panicle of unisexual flowers. The fruit is a spherical black grape usually not more than 8 millimeters wide.
It grows in canyon and streambank habitat.
Native American groups such as the Kumeyaay and Luiseño used the fruit for food. The Cahuilla used it fresh, cooked, or dried into raisins, and made it into wine. [source: wikipedia.com]

As you can see, the grapevine has many uses. Do not overlook its use when it is available to you in a survival scenario. Its part of natures medicine chest.

Charlie
Posted by Charlie at 12:46 AM No comments: